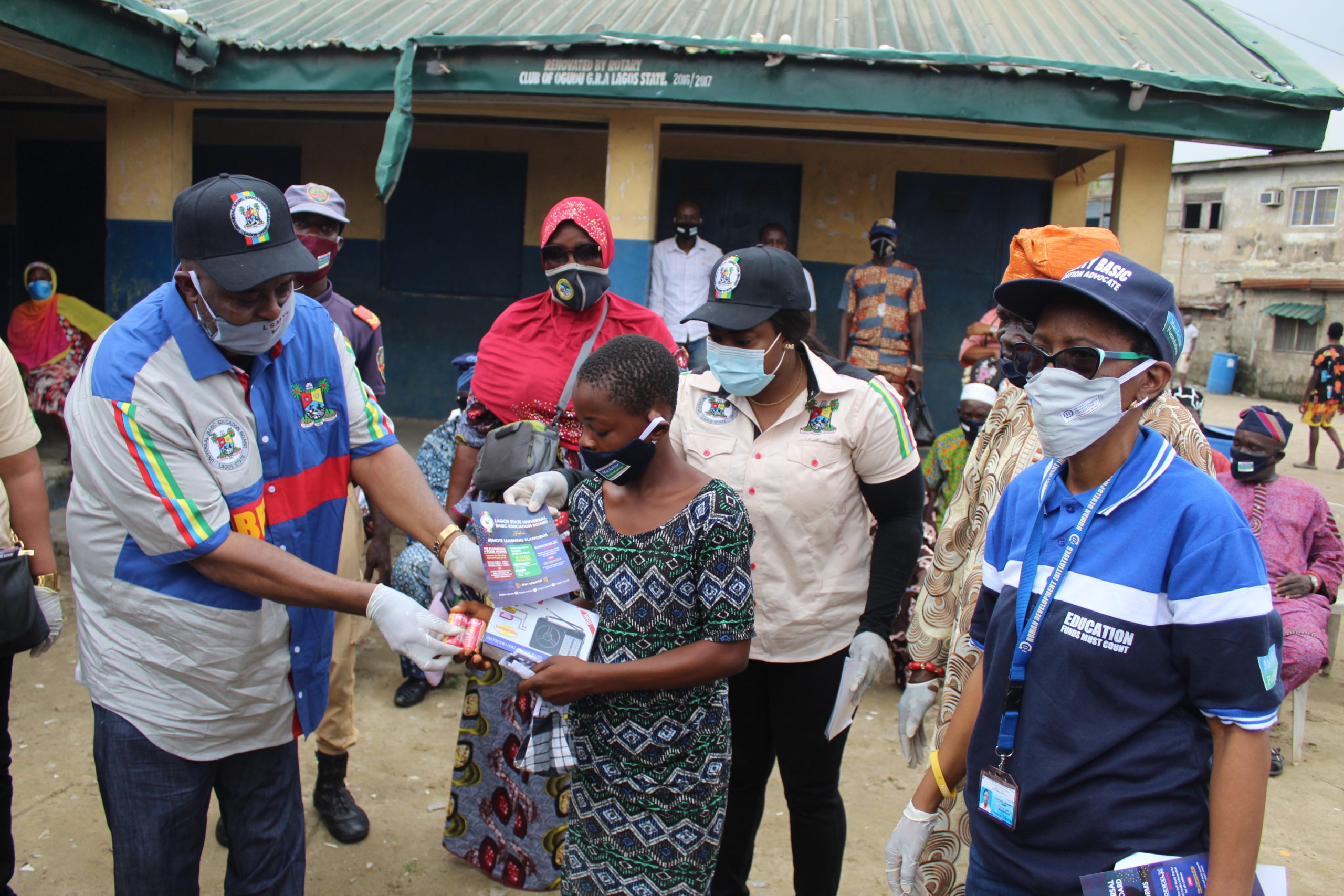 To ensure that children in hard to reach areas such as riverine and slum communities continue to learn during this pandemic, Human Development Initiatives (HDI), with the support of MacArthur Foundation distributed hand-held radio to some pupils in Kosofe Local Council. The pupils and their parents were also given facemasks and hand sanitizer.

The Executive Director of HDI, Mrs Olufunso Owasanoye, reveal that 500 homes with at least a pupil will get a hand-held radio. She stated that the radios are meant for pupils in hard-to-reach communities and riverine areas in 10 local governments across Lagos state.

She listed some of the local councils to include Apapa, Eti-Osa, Ojo, Ibeju-Lekki, Amuwo-Odofin, Mushin, Surulere, and Shomolu, She added that it was the turn of Kosofe local council, while promising other local governments within the 10 LGAs would be reached.

Owasanoye said parents must know that the radio is meant for their wards, therefore if parents must use it to listen to news, they must not deprive the children the opportunity to use it at the appropriate time. She told parents to always ask their wards what they learnt after every daily lesson.

Also speaking at the presentation, the Chairman of Lagos State Universal Basic Education Board (LSUBEB), Hon. Wahab Alawiye-King, implored parents to ensure that their wards judiciously use the radio for the purpose it is meant for.

According to him, the radio is meant for pupils to listen to on-air teaching through the radio programme put together by the Lagos State government for children during this lockdown period.

He expressed optimism that with the radio device, pupils who have not had access to the radio programme would now be able to.

The Baale of Agboyi, Chief Taiwo Lamino, commended HDI and the state government for considering his community and his pupils for the radio and facemasks. He was optimistic that the children would judiciously use the radio.