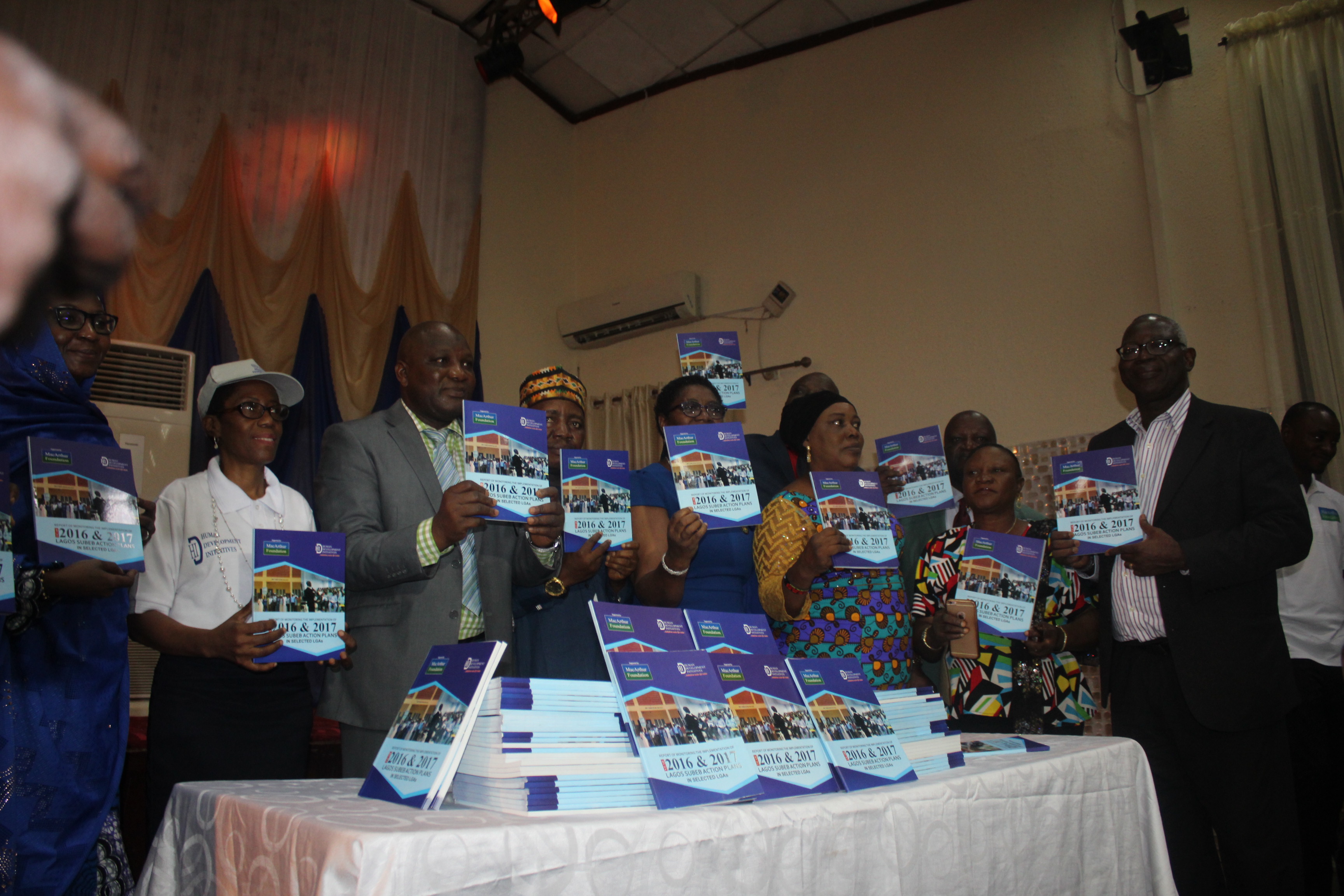 The Executive Chairman, Lagos State Universal Basic Education Board, Dr. Ganiyu Oluremi Sopeyin has assured Lagosians of better days on basic education saying that the current Governor, Babajide Olusola Sanwo-Olu is committed to changing every facet in Lagos State. He disclosed this in his address at the formal presentation of the report of monitoring the implementation of year 2016 & 2017 Lagos SUBEB’s Action plans in selected LGAs held at NECA house, Ikeja.

Sopeyin while applauding Human Development Initiatives, (HDI), a leading non-governmental organization who carried out the study emphasized that penalty for corrupt contractors should be a nationwide disgrace saying people in charge of such projects should publicize their names to serve as deterrent for others.

Also speaking at the event, Executive Director, Human Development Initiatives, (HDI) Mrs. Olufunso Owasanoye explained that is not out of place to state that poor funding is one of the greatest problems confronting the Nigerian education sector. However, the meagre resources being devoted to financing education especially basic education usually gets frittered away as proceeds of corruption through retail corruption, project cost inflation, use of substandard materials and kickbacks.

“While several CSOs beam their searchlights on national level occurrences of graft, corruption has dwarfed most of the efforts put into improving the standard of basic education in Nigeria, often resulting in decaying infrastructure, low educational outcomes, dearth of qualified and well trained personnel among others”, She emphasized.

The Chairman, Education Secretaries in Lagos, Hon Olalekan Majiyagbe commended HDI for the thorough work and described the report as very impactful and a corrective therapy saying this will make people to be conscious of doing quality jobs.

Majiyagbe also noted that the report will have multiplier effect on the nation as a whole urging others States to emulate from this example which worthy of commendation.

Senior Programme Officer, Dr. Amina Salihu, MacArthur Foundation, stated that the Foundation has committed lot to humanitarian works in Nigeria noting that without organization’s like HDI, the implementation won’t be easier.

However, she therefore explained that her organization will continue to support projects that affect the lives of the people.

The project coordinator, Mr. Johnson Ibidapo, programme officer at HDI explained that the work has been made possible due to the support of the funders, MacArthur foundation and the cooperation of the monitors on the project.

Ibidapo who explained that the gathering was to assess tracked basic education projects in nine Local Government Education Authorities further appreciated Lagos SUBEB and urge them to do more as their grey areas.