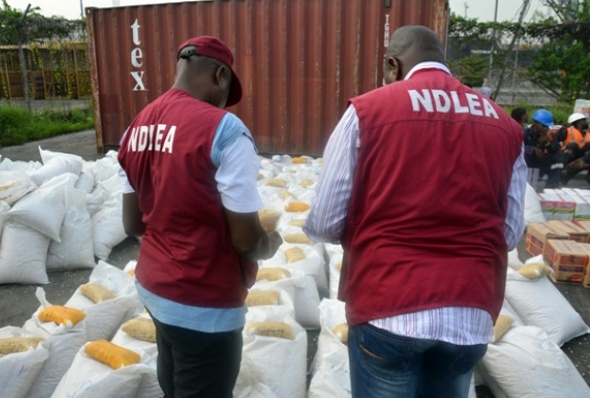 Drug abuse is influenced by a broad range of socio-cultural factors; it has become a mainstay in societies of today and Lagos State is not excluded. According to a 2018 drug use survey carried out by United Nations in Nigeria, Lagos State had an annual estimated drug use prevalence of 33%, which was the highest in the country as at when the data was collected. Lagos being a highly populated state, with a multi-level road network and accessibility to both land and sea borders experiences prevalence of drug trafficking and drug abuse. The use of illicit drugs cuts across all sectors of the society. Some of the most commonly abused drugs include alcohol, codeine, cigarettes, marijuana, heroin, cocaine and tramadol, among others.


In Lagos State, the increasing rate of drug abuse especially among youths has become a cause for concern. Drug abuse has become a popular trend among youths mostly due to the influence of the hip-hop culture which positively portrays the use of drugs through music. Drug abuse among youths is also influenced by many factors such as peer pressure; dysfunctional home; academic anxiety; low self-esteem and emotional imbalance.

Although there are regulations against drug abuse, but the implementation process is ineffective which is due to corruption among regulative bodies. Many youths also venture into drug because they don’t trust anyone enough to share their issues with. In some cases, emotional trouble young adult finds it difficult to access professional counsellors who can help them because some counsellors are not approachable and some charge fee per session. There is need for more community-based NGO who can help many of these youths overcome drugs.

Drug abuse among youths has been linked to several problems including an increase in the rate of crime, transmission of sexually transmitted diseases, rape, domestic abuse, sexual violence, poor academic performance, low productivity among youth, a wide range of mental illnesses and in some cases, even death.
It has been proven in recent times that many Nigerian youths have advanced from the abuse of known substances such as cocaine and marijuana, to strange and ridiculous ones like early morning inhaling of smell from latrines, methylated spirit and even fuel. Many have graduated into the use of substances such as tramadol, codeine, rohypnol, skunk, and other novel substances which are somewhat difficult for the average parent to figure out all in the bid to “get high”.

There is thus a need to address this issue and nip it in the bud. There is a need for parents to guard against drug abuse by their children from an early age. This can only be done effectively, if parents who are the children earliest models set good examples: Early sensitization about the ills of drug abuse. Apart from parents, religious leaders, the government and the society at large also have critical roles to play.
To effectively tackle the issue of drug abuse among youths in Lagos State, we are calling on the Lagos State Government through the ministry of Youth and Social Development to establish a taskforce that will work to reduce use of drug among youths in collaboration with security agencies. This will help to complement the efforts of the National Drug Law Enforcement Agency, (NDLEA), which is limited in resource and manpower.
The Lagos State Government must prioritize the fight against substances abuse among the youths to make Lagos State a safe place for all. Government must be serious about clamping down on both the suppliers and the buyers of these hard substances to make Lagos a drug free State.

To stem the tide of drug abuse, we are proposing the following: