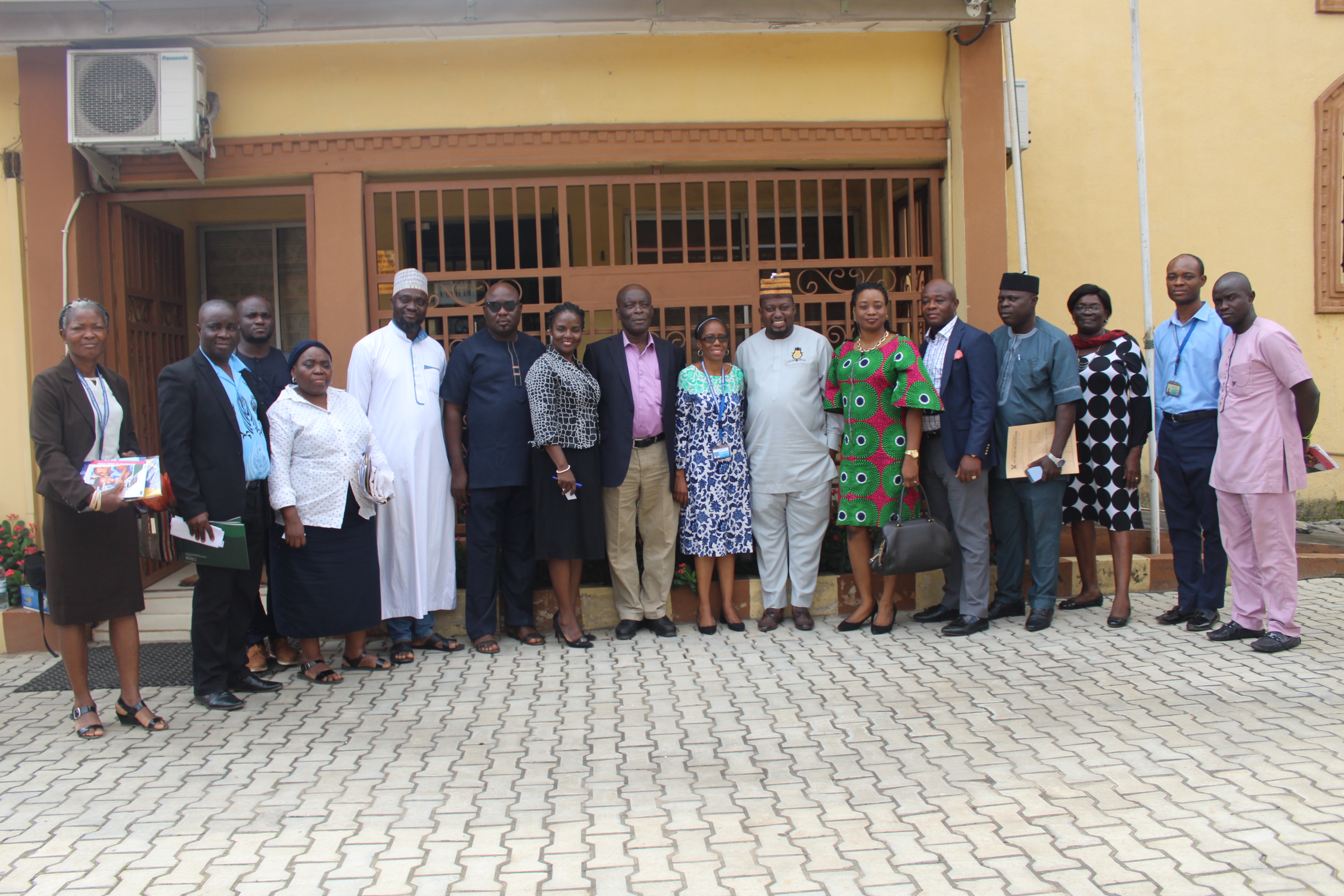 The Chairman welcomed the HDI team after the initial introductions. In his welcome speech, the Chairman stated the readiness of the Board under the current leadership to work with all stakeholders especially Civil Society actors, to move basic education forward in the State. He introduced other Board members in absentia who according to him are experts and qualified professionals who have made impact in their respective spheres of endeavour. He also stressed the fact that the operation of the current board had been amended for better effectiveness. The current Board according to him was established as an Executive Board, taking up supervisory roles over different departments with oversight functions and powers.

The HDI team was invited to present her issues and purpose of visit to the Board. Mr. Johnson Ibidapo who spoke on behalf of the HDI team presented issues of interest to the Board including: a retreat program for Government side actors. This program according to him would increase efficiency in the administration of education in the state; a government-community members’ interphase program to provide an opportunity for community members to relate directly with and dialogue with government functionaries on issues relating to basic education in the State. Also raised were issues of monitoring UBE projects in Schools which requires a letter of authorization from SUBEB; special training for School Based Management Committees and Parents Forum Members in the State; capacity building programs for SUBEB Staff, Education secretaries and staff of Local Government Education Authorities among others. Mr Ibidapo also broached on the subject of HDI Empowerment Trust Fund (HDI-ETF) for children of widows/widowers, orphans and children living with disabilities.

While making clarifications about the issues raised, Hon. Israel noted that the Board was more than willing to partner with HDI to accomplish all the programs listed by Mr. Ibidapo in his brief. He enumerated a few of the innovations of the Board currently in the pipeline including the EKO EQUIP Program which aims to build on the “EDO Best” initiative which they have understudied so as to digitalize education processes in Lagos State. A pilot of this would soon be rolled out, while plans are under way to commence the Home-Grown School Feeding program shortly. He noted that this was happening despite the paucity of funds. He noted that flooding was a general problem in the State not peculiar to the school system and that the Board was limited in that they cannot use UBE funds to solve flooding problems because of extant laws, particularly provisions of the UBE Act. He however said that new projects being implemented had landscaping factored into them and noted that they were currently lobbying the government to fix flooding of schools. On shortage of teaching Staff, he noted that all Education Secretaries have been directed to compile a list of all qualified support staff who had improved themselves for immediate shortlisting for the teaching staff positions in Lagos Schools. He also intimated the team on plans to scale up recruitment of teachers in the State. The Chairman further stated that the Board would want HDI to supply ETF forms to SUBEB for referral of indigent students who fall into the categories of students we support.

The meeting ended with a suggestion from Ms. Dare that the Board should establish a WhatsApp group comprising of a critical mass of CSO stakeholders, Board Members and relevant Directors of the Board to receive emergency complaints on Basic Education. The meeting ended with group photographs and presentation of advocacy materials to the Board.