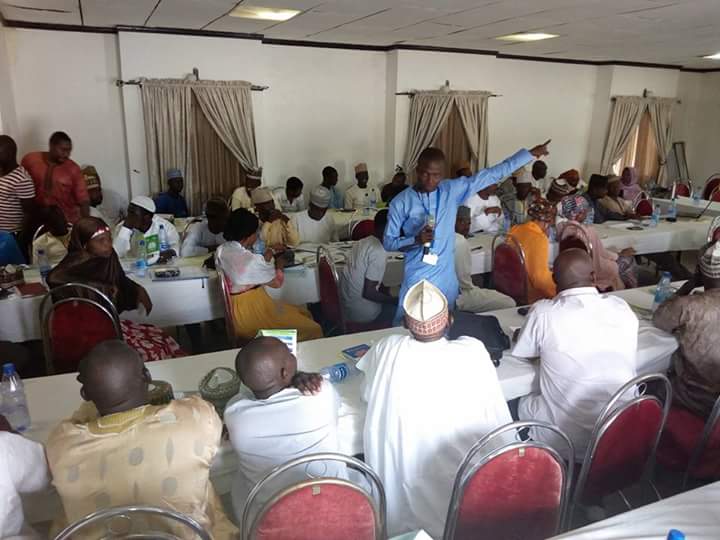 The root of poverty, inequality and discord in Nigeria can be clearly linked to the lack  of transparency and accountability among her leaders. This is largely traceable to low citizen participation in governance, and also failure to demand good governance from elected public officials. A recent poll on African governance by Transparency International and Afrobarometer, shows corruption perception is rather worsening than abating.

Idowu Koyenikan in his popular quote said “You can no longer see or identify yourself solely as a member of a tribe, but as a citizen of a nation of one people working towards a common purpose”. Nigeria after fifty seven years of existence lacks direction and is characterized by unstable and inconsistent system of government. Our country is currently in the state of lack, having just gotten out of a serious economic recession, because a few corrupt politicians who misappropriate public funds have succeeded in dividing the nation along the lines of tribes, ethnicity, religion and social classes. The sense of communalism became lost through self struggle for survival. Civic engagement refer to people participating in social and political activities within their communities and country.Hence, citizens participation in governance should be resuscitated to experience rapid development in Nigeria.

Until Nigerians become interested in engaging their elected leaders, including counsellors, chairmen, members of House of Representatives, Senators, governors and president to be accountable, true change may be a mirage. It is time for the citizens to take their place and occupy their office which is the highest office in any democratic system. Ben Carson once said “We have been conditioned to think that only politicians can solve our problems, but at some point, maybe we will wake up and recognize that it was politicians who created our problems.”

Citizens’ participation occurs when individual participate in town hall meetings and other important meetings such as parents forum meeting in schools; the community organizes itself and takes responsibility for managing its problems. Taking responsibility includes identifying the problems, developing actions, putting them into place, and following through. Citizens’ participation in governance remains the solution to bad governance in Nigeria. We cannot afford to be silent over situations in Nigeria since democracy is “government of the people, by the people  and for the people.” There is a decrease in the strength of grass-roots voices, asking the right questions from public officials. The Nigerian citizenry require the capacity to demand transparency, accountability and  good governance, demand access to vital information such as the budget while engaging the right issues.

We cannot emphasize enough how important it is to revitalize citizens engagement within communities and also with policy makers and public office holders. Without equivocation citizens’ participation has proven to be one of the major tools for demanding a better society.

It is the right time for us to: