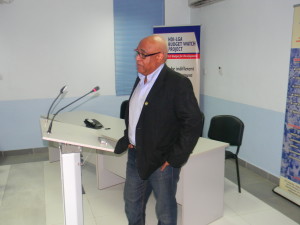 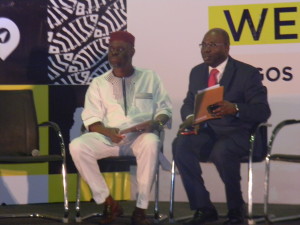 The event was a build up to the social media week held at landmark event center, Victoria Island Lagos from February 23 to 27, 2015. The event was titled Social Media, Citizen Participation and Government Accountability with focus on 2015 election, Grassroot Democracy, Basic Education and Agriculture. The event was held in partnership with WARD C. The goal of the event was to bring together the young social media enthusiast and influence the content of their social media conversations towards development issues. At the event, both Prof. Owasanoye and Dr Charles stresses the need for young people to discuss governance and demand accountability.

A brief address was given by Mr Olayemi Samuel on Social Media, Citizen Participation and Government Accountability in the Provision of Basic Education: The HDI story while another was given by Mr Ifeayin Adigwe of WARD C on the Use of social media in the advancement of education, research, self-development and positive change in the society: The WARD C story.

The event had a total of 97 number of students in attendance, from different university campuses and youth groups in Lagos. The event was streamed live to enable remote audiences to participate. The event was also made interactive through twitter engagement with tweets to #govtalkNG, the tweets had a total of 3,847,843 by the close of that day.

The event had two interaction segments; the first was with Dr. Charles Abani, where the young people gathered around him to ask questions. The second was during a panel session with focus on 2015 election, Grassroot Democracy, Basic Education and Agriculture. The young people were able to direct their questions to specific members of the panel and were enlightened on various governance issues.

By the close of the event, the young people were prepared to turn the course of content of their social media discussion, this was evident in the promises they made while speaking to journalists on records at the end of the event.